Hopkins Academy, Hadley’s High School, will celebrate its 350th birthday in 2014. To help the School celebrate this event, there will be a 5k race starting and ending at the High School on Saturday, May 10, 2014. To make this event especially 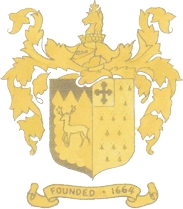 memorable and perhaps educational, the runners will be pursuing an individual portraying the role of John Harvard, the founder of Harvard University. A bit of history: The will of the widow of Edward Hopkins, after whom Hopkins Academy was named, allegedly indicated that 500 pounds from her estate was to be given to two new schools in New England: Hopkins Academy in Hadley, and Hopkins Grammar, in New Haven. After several years, court proceedings and changes in trustees of the estate, the money never got to the Schools. It has been alleged that the money went to Harvard University and other schools in that area. This race will be an entertaining and hopefully fun effort by the runners to get the funds back to the rightful designees. Ten quid each to the first 10 runners (college age and beyond) who beat John Harvard Age Group Awards All age group winners get $25 gift certificates from Northampton Running Company Age Groups Include (both male and female) 1-12 13-19 20-29 30-39 40-49 50-59 60-69 70+ Age group winners also get a copy of Margaret Dwyer’s book on the History of Hopkins Academy. A map of the race route can be viewed here: http://www.mapmyrun.com/routes/view/372422947 A printable map is here: