Last spring, the race calendar was suddenly swept clean, and now more than a year later, a full return to normal still hasn’t happened. The SMAC board was presented with the challenge of organizing something — well, anything really — to keep our members motivated at a time when nothing seemed to matter less than being race-fit. So… we ran fast solo miles during the Mile Challenge, and we tried not to get lost in the real but lonesome woods of Tom Davidson’s virtual races. And yes, all this did work to add a little spice to our day-today uneventful running, but most of all we pretended it wasn’t just a little too sad and friendless out there.

So when March came around, we decided it was possible to set up a Covid-safe 5K IN-PERSON race series! The main inspiration to do this came from finding the perfect race course out in the flat fields of Montague. From the Montague Bookmill, Old Greenfield Road going north is very quiet, and shut off at one end where it has been turned into a multi-use trail. It’s as low-traffic and flat a 5K course as you’ll find anywhere in the Valley, with the added bonus of being pretty, having parking space, and being near the Bookmill, the Lady Killigrew, Turnitup Records, and the Alvah Stone. If you want to grab a post -race coffee, you can!

The Turnaround 5K series has acquired a dedicated fan base over the past 10 weeks. Don and Sue Grant (race directors of the Northampton 5K, which is also happening weekly right now!) have attended pretty much every week, often doing the honors of starting the race and cheering us along the way.

Quite a few runners have seen their times get a little faster every week, and run PRs! There are few things more motivating than that: running a PR or watching a team buddy get one. A challenge, some cheers, and a chat at the end: these are the basic ingredients to throw in when you’re cooking up a simple but very flavorful little race. Yum! 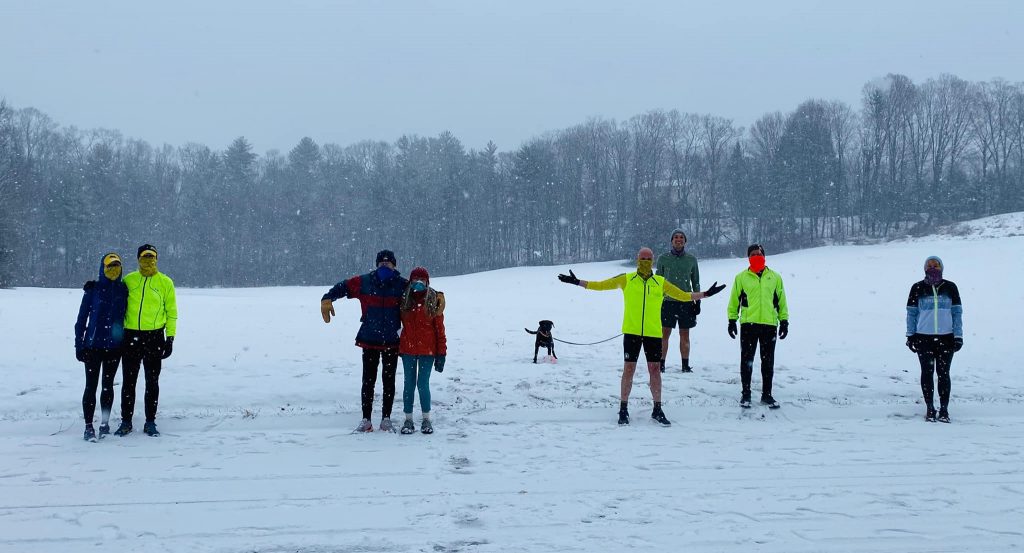 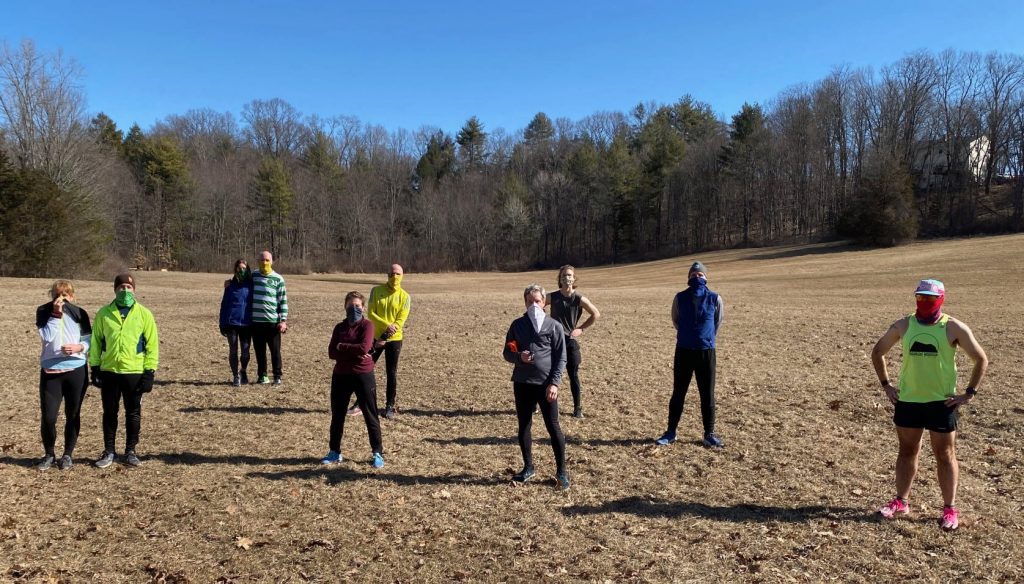 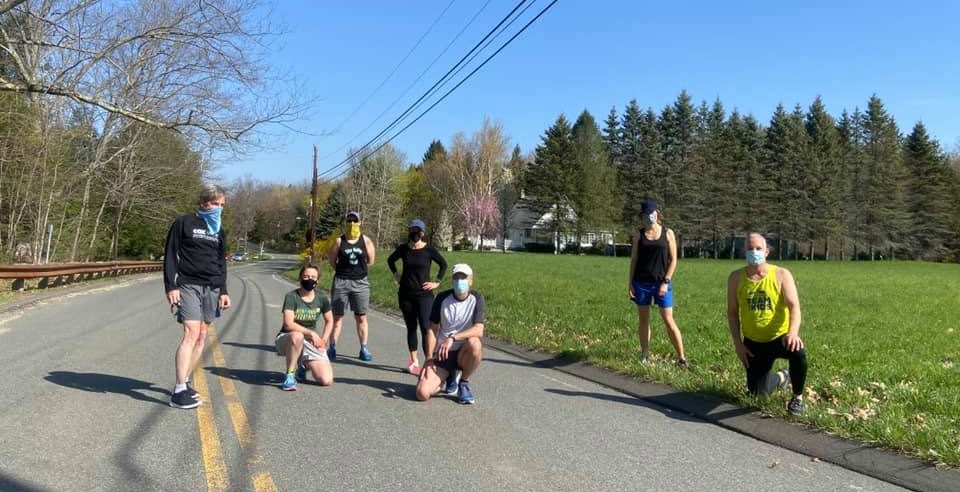 Going forward, we’ll keep the 5K going in its existing format a few weeks longer, until May 29th. We start at 9 a.m. on Saturdays, and the race is self-timed. Afterwards, submit your results to me at laurevandenbroeck [at] gmail.com (ideally on the same day as the race).

After May 29th, we may decide to hold a monthly timed event. Do you have any other ideas? SMAC is your club and this is your race, so your input is always welcome! Decisions will be made at the next (virtual) SMAC board meeting on May 19th. As always, Board meetings are open to all interested members; pease contact us if you would like to attend. 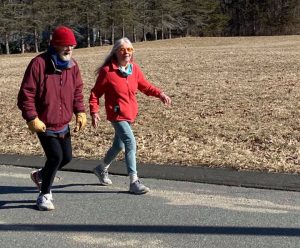 Don and Sue Grant in March

Laure is a SMAC member from Leyden and serves as the club’s current vice president.